Napoleon and the Malay slave 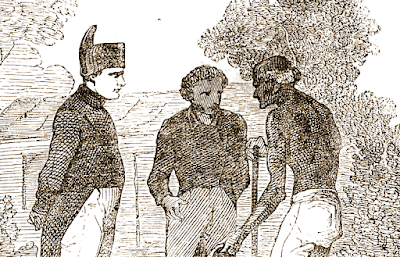 In 1815, after his defeat at battle of Waterloo, Napoleon Bonaparte was exiled by the British to the island of St. Helena - a lonely, desolate rock in the middle of the vast Atlantic Ocean. When he first arrived on the island, Napoleon had to temporarily stay at the home of an official of the East India Company, William Balcombe. It was there that Napoleon met a Malay slave who was responsible for taking care of the Balcombe's beautiful garden and whom the Balcombes had given the name Toby.

Toby's  story was rather pathetic. He had been enticed from his native place many years before, brought to St. Helena by the English, smuggled on shore and illegally sold as a slave, given out to whoever would hire him, and his earnings chiefly appropriated by his master.

Napoleon showed the Malay slave great kindness, perhaps recognizing in Toby a kindred spirit, or at least feeling a common bond in the fact that both had been brought unwillingly to the island and were doomed to die there. Certainly Napoleon liked Toby enough that, when he had heard his story, wished to buy him, set him free and send him back to his home country. But for political reasons, when Mr. Balcombe made Napoleon's wishes known to the island's governor, Sir Hudson Lowe, he could not get his consent. 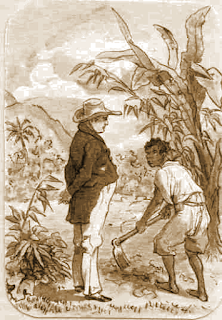 Toby, however, was grateful to Napoleon for his wish to help him, and continued to be his devoted admirer. When Napoleon left the Balcombes' home to move to his own residence, Longwood, he presented Toby with twenty-nine gold napoleons and always inquired for his health. When Napoleon left The Briars, Toby often arranged bouquets and fruits to go to Longwood,—"to that good man, Bony."

Toby, from all accounts, was an attractive fellow. His countenance had a frank and benevolent expression. His eyes were animated and sparkling, his aspect not abject, but prepossessing.  A perfect despot in his garden  domain, he never allowed his authority to be disputed ; and the family stood almost as much in awe of him, as they did of the master of the house Mr. Balcombe.

Speaking to his companion in exile the Count de Las Cases, Napoleon frequently reflected on Toby's fate. "What, after all, is this poor human machine? There is not one whose exterior form is like another, or whose internal organization resembles the rest. And it is by disregarding this truth that we are led to the commission of so many errors. Had Toby been a Brutus, he would have put himself to death; if an Aesop he would now, perhaps, have been the Governor’s adviser, if an ardent and zealous Christian, he would have borne his chains in the sight of God and blessed them."

"As for poor Toby, he endures his misfortunes very quietly: he stoops to his work and spends his days in innocent tranquility. Certainly there is a wide step from poor Toby to a King Richard. And yet, the crime is not the less atrocious, for this man, after all, had his family, his happiness, and his liberty; and it was a horrible act of cruelty to bring him here to languish in the fetters of slavery." 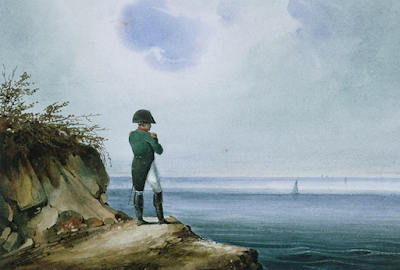 There is no mention of Toby's death in the Count's journals, so it is possible Toby lived on after Napoleon's death in 1821. In 1818, Governor Lowe initiated the first step in emancipating the slaves in St Helena by persuading slave owners to give all slave children born on the island after Christmas of that year their freedom once they had reached their late teens. The phased emancipation of over 800 resident slaves began in 1827; under certain circumstances a slave could buy his or her freedom, using money borrowed from the East India Company. The actual abolition of slavery on the island had to wait until 1st August 1834, after which date all slaves would be freed but would remain in work, becoming paid apprentice labourers. Hopefully, that would have been Toby's fate had he lived to 1834.

Ironically, in 1840 the British Government designated St. Helena as its main naval station to suppress the African slave trade in the Atlantic (mostly to America, by this time). During its War on Slavery, Royal Navy ships based there pursued and attacked ships carrying slaves from British territories, with the captains and crews of the slave ships being tried at the Vice Admiralty Court that was established in St Helena.

Extracted from "Memoirs of the life, exile, and conversations of the Emperor Napoleon (Volume I)" by  Emmanuel, Comte de Las Cases [1836].